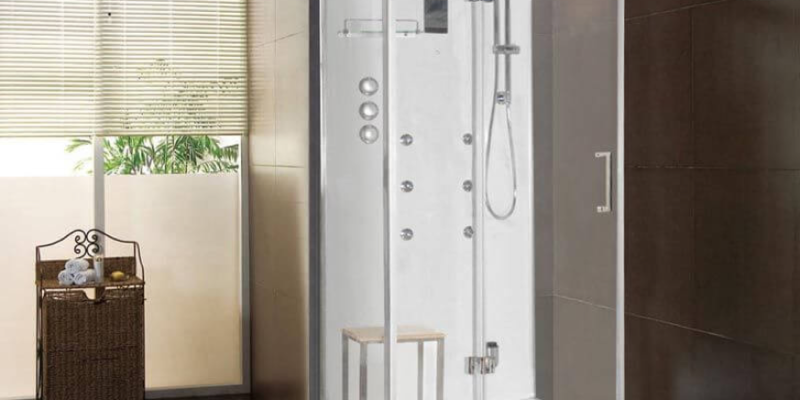 The average UK household consumes almost 150 litres of water every day. This amount is the cumulative total of everything ranging from flushing the toilet, using the washer, and taking a shower. To counter the rising amount of monthly bills, many homeowners have opted for more efficient appliances.

The shower is most especially one of the largest consumers of water, besides other appliances like washing machines and dishwashers. This is why there has been a growing demand for steam showers, which are not just compact, but also use less water than the average shower pods and have several built-in features that are more cost-effective, as well.

Because of its indispensable function in the household, it is essential for anyone to know how to keep showers clean and well maintained, not just for hygiene purposes but also to ensure that the shower lasts longer and to help cut costs too.

The following are the steps to maintain a steam shower unit:

Just because a steam shower is built to be waterproof does not mean that it should be left with moisture for extended periods of time. Having ventilation and having air in the room for water to evaporate is still better than leaving moisture to settle on the surface of the shower unit and its controls.

Mineral deposits build up over time, especially in homes that use hard water. Calcium is the most common mineral found in hard water, and its prevalence and weight make it easier to build up over shorter durations of time. Using a calcium cleaner in the steam nozzles, drain, and shower head does the trick.

Many people use bleach and water to remove mould and mildew, as they appear on the surfaces of the steam shower. However, there are also those who claim that a vinegar and water solution makes a more potent cleaning agent that polishes not only the surface of the pod but also removes mineral build-up and dirt as effectively as tough detergents.

Leaving the shower slightly open after use is a costless and straightforward way of keeping mould and mildew away. Note that this should be a habit developed by steam shower users, even if their units are installed in already well-ventilated areas.

Some models of steam showers include a feature that cleanses and flushes out the shower pod through a series of steam sprays. If the model that you own possesses such, regularly using it will help keep it clean.

Keeping a steam shower clean is a sure fire way of ensuring that the unit lasts longer. Being able to perform routine maintenance by oneself saves a lot of money on future repair or maintenance costs from professionals, which are often expensive.

Furthermore, taking care of energy and water-efficient appliances translates to lower monthly bills, and all it takes is a clean cloth or a sponge.